“Montessori is an education for independence,
preparing not just for school, but for life.”

Much research has been carried out in the recent years answering questions about how the Montessori method benefits children enrolled in this program. Neuroscientists have revealed time and time again that the program promotes the development of the brain’s Executive Function abilities. These abilities include inhibition, planning, working memory, and cognitive flexibility; all of which develop swiftly during the preschool years (Rothlisberger, Neuenschwander, Cimeli, Michel, & Roebers, 2012).

Executive Function abilities play major roles in school readiness and academic achievement. One major event that occurs in children’s lives at about age six is that they begin to attend grade school, where higher levels of EFs are required as children need to remember and follow instructions and focus their attention on a given task without getting distracted. Research in this area suggests that children enter school with varying degrees of EF abilities. McClelland, Morrison, & Holmes (2000) found that 17% of kindergarten students easily got distracted, and were unable to sit still and follow instructions. Such EF competencies have been shown to predict school readiness and children’s academic achievements. Blair and Razza (2007) state that EF skills are more essential for children’s readiness for school than their IQ level.

The Montessori method focuses on the concept of Normalization, which means moving away from being impulsive and inattentive, and towards order, independence, and discipline (Diamond & Lee, 2011). Lillard and Else-Quest (2006) found that five-year-old children who attended Montessori performed better on EF tasks than same aged children attending traditional schools. Fundamental features of the Montessori method include Executive Function training and challenging, building confidence, hands-on learning, peer tutoring, and building social skills (Diamond, 2012).

Children who enter formal schooling with inadequate EF skills are at a higher risk of facing issues such as low academic achievement and peer rejection (McClelland et al., 2000). It has also been found that children between ages 3 to 11 with low levels of self-control (poor attention regulation, and impulsive) are more inclined to earn less money, have poorer health, and commit more crimes 30 years into their future, compared to children with higher-levels of self-control (Moffitt et al., 2011, as cited in Diamond & Lee, 2011). The development of EFs are necessary for effective regulation of classroom behavior (McCelland et al., 2007). In addition, EF skills predict literacy and math achievement from kindergarten to grade six (McClelland, Acock, & Morrison, 2006). Children who begin kindergarten and grade school with a strong literacy and numeracy background are at an advantage with regards to school readiness (Lonigan, Burgess, & Anthony, 2000).

In conclusion, the Montessori method not only promotes the development of essential skills such as independence, self-confidence, cooperation, order, and productivity, but it also works on a neurobiological level. Through the enhancement and development of Executive Function abilities, the toddler and Casa program take advantage of this window of opportunity to instill in children abilities that bring lifetime of benefit and success. 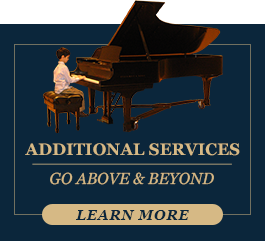